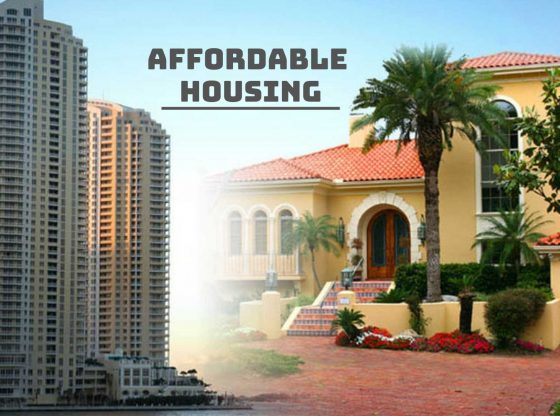 We are housing finance company that cares about the housing dreams of informal income spectrum. You aspire for a house and we help you to build your dream castle. National Housing Bank approved; IFL Housing Finance is amongst the first organizations in India to claim disbursal in 3 days. The epicenter of our firm lies in helping people across all over India to give shape to their dreams in the form of houses. Turning dreams into reality.

The Pradhan Mantri Awas Yojna (PMAY) was launched by the government of India in 2015 with a mission of proving affordable homes to everyone, now whether the person belongs to the rural or urban sector of the nation. Even the Prime Minister of India, Sh Narendra Modi spoke to the beneficiaries of this Yojna. And not only this, already a goal has been set by him of offering roofs over every single head by 2022.  He even ensured that Pradhan Mantri Awas Yojna is just a beginning because it has to travel along way ahead. Also, it is one of the most significant step for one of the biggest welfare programs in India, as it worth around 30$ billion in whole. Some of the analysts claim that this project can prove out as a blessing for about 1.3 trillion people under this affordable housing scheme.

By the way, in consideration with the correction of prices, real estate sector has proved out to be a boon for all those people who are becoming owners of their homes for the first time. And why not, the homes in affordable categories are costing even less than Rs 25 lacs. And what’s the big news in it is that it accounts on fifth of all residential sales in India. Apart from all this, these days, homes are also becoming affordable because of easy as well as transparent approval of home loans. However, for any type of home loans, you can connect to IFL Housing Finance. They provide a variety of home loans for making your dream home come true in real life as well and that comes within the affordable housing category.

As affordable homes have become a demand of majority of people from various sections of the society, developers too are generating their interests in the renewed segment. Apart from this, the government has also made an intervention in affordable housing sector by doling out the subsidies to economically weaker sections of the society and enabling them to own a property of their own.

An artificial scarcity in the real estate sector has seen developers who seem to dedicate the supply to higher end of the value pyramid, with an eye on greater margins.

Recent reports say that in the past three years that there is a dip from 14 percent to 5 percent in the luxury homes that worth Rs 2 crore or more. During whole of these times, affordable homes have made a remarkable entry in the real estate industry with a sale of up to three times.

A huge number of pending deliveries of projects has somewhere lowered the popularization of real estate sector. Implementation of goods and services tax or the GST and the Real Estate Regulation and Development Act (RERDA) have made its contribution to the rationalization of prices.

The founder as well as MD of  Liases Foras, Mr Pankaj Kapoor, has made an assumption that it isn’t the invisible hand of the market which is responsible for such a  drastic shift in the sector of real estate but is should be of the government only. According to him, the incentives that government is offering are drawing more buyers and developers towards the affordable housing segment.

Besides of all this, the government of India also offers deduction on taxes to all the developers under the Pradhan Mantri Awas Yojna (PMAY). According to this, in the section of affordable housing projects, developers can even get 100 percent of tax deduction on profits.

All those areas who have qualified the benchmark for the tax deductions include the flats carpet area of 30 square meters and it is in all the four metro cities of India. However, other cities do have a limitation of up to 60 square meters. It is also becomes an indispensable part along with the developers that they need to complete the undertaken projects within the duration of three years to receive the incentives offered by the Indian government.

There are a variety of developers who have already diversified their portfolio to cover up the segment of affordable housing. In the recent years, the developers have made their assumptions that the demand for budget homes are surely going to increase and the share of market will hike up to 40 percent in the upcoming duration of two years.

The minimal cost of development and tax deductions are also an incentive to the builders. However, the demonetization, imposed by the Indian government has created excess liquidity in the system. Also, this adds in the delay in the completion of projects.

However, whatever be the situation remains, there is no denial in the fact that the value of affordable homes is never ever going to fade in the near future. Also, home loans have made the lifestyles of people of today’s generation much more comfortable. In case now, if you have surely made up your mind for taking home loans, then you can undoubtedly reach out to the IFL Housing Finances. What’s the best feature of IFL is that they offer a variety of home loan in just three days. Without any delay and further hassles, home loans have become just a matter of instance. Apart from this, they have numerous satisfied clients whose dreams of owning their homes have come true.